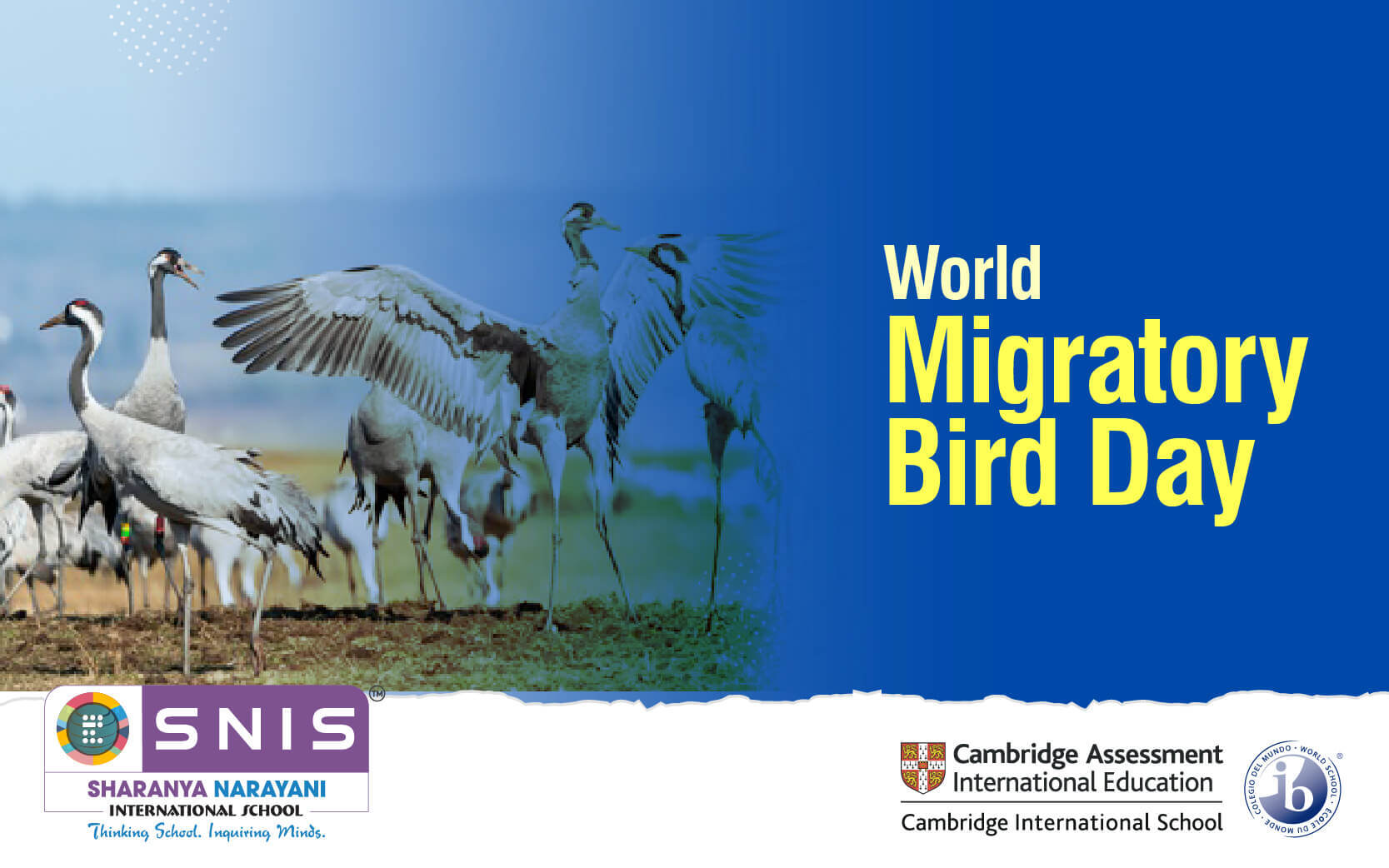 “I travel not to go anywhere, but to go. I travel for travel’s sake. The great affair is to move”- Robert Louis Stevenson

Historically, mankind have always been fascinated and drawn towards great journeys. From Charles Darwin and Marco Polo to Alexander the Great, journeys have led to new discoveries and expeditions. Not just human journeys, men have always been fascinated and inspired by the phenomenon of animal and bird migrations. In Mythology, the Greeks attributed knowledge, wisdom, perspicacity and erudition to birds. The bird of Athena represented the renewal of life. A dove, with an olive branch in its beak, remains a symbol of peace and hope. The Egyptian Pharaohs linked the falcon to royalty and believed it had protective powers. In Hindu culture, birds represent spiritual bliss, freedom, insight and wholesomeness. Birds strongly symbolises a yearning for spiritual liberation.

In almost all cultures, flocks of birds have announced the arrival of spring for centuries, and yearly rebirth of nature associated with it. Migratory Bird Day is dedicated to celebrate these great journeys. There are around 10000 species of birds, and approximately 1800 of these migrate long-distance every year; it has been found that some of these birds fly over thousands of kilometres. Some species of birds like the Arctic tern travel more than 70,000 kilometres every year from Antarctica to the Arctic and back.

Migratory birds contribute to ecosystem functioning because of their role in moving seeds and nutrients from one place to the other. And since they travel thousands of kilometres, they link the ecosystems in different parts of the world. Protecting or restoring the natural areas on which they depend for breeding and resting, such as wetlands and coastal areas, also brings numerous benefits to humans by improving the quality of the environment and providing ecosystem services. For example, wetlands contribute to flood control and water purification

The populations of many Arctic migratory species have been declining at an unprecedented rate over the past decades due to habitat degradation, over-harvesting and poaching. Climate change is also exacerbating existing threats and bringing new ones (e.g. increased frequency of extreme weather events, earlier onset of spring).

The main threat migrating birds face today is loss of habitats due to pollution, encroachment for settlement, agriculture, grazing and so on.  The loss of any of these sites used by the birds during their annual cycle could have a dramatic impact on the birds’ chances of survival. Also, high-voltage power lines and wind turbines have a massive impact on birds, which are in danger of being killed by electrocution. Poaching remains widely practised in countries where people are highly dependent on biodiversity for their livelihoods.

These are only a few examples and often a substantial decrease in population numbers within a species is the result of a combination all such factors.

Every year, World Migratory Bird Day presents an annual theme aiming to raise awareness of issues affecting migratory birds and to inspire people and organizations around the world to take measures for their conservation. 2019’s theme – ‘Protect Birds: Be the Solution to Plastic Pollution!’ – puts the spotlight on the disastrous impact of plastic pollution on migratory birds and their habitats.

With an annual production of more than 300m tons, plastic is one of the most widely used materials in the world. Lightweight and designed to last, the discarded pieces are easily transported into ecosystems through the forces of nature causing serious threats to migratory species around the world.

Sadly, having wings does not exempt birds from the threat of plastic. Birds with stomachs full of plastic entangled and smothered by plastic rings and nets are all too real consequences of the toll that plastic takes on wildlife. Waste management becomes the key for survival.

World Migratory Bird Day aims at spreading awareness to people around the world. Schools and colleges need play a vital role in making the future generation aware and conscious of the inexplicable threat plastic causes to not just aquatic creatures, migrating birds but also to the entire ecosystem and life on our once healthy planet. Like cancer, the plastic menace is affecting every aspect of the environment.

Sharanya Narayani International School, a leading day cum boarding IB World School in Bangalore, sets exemplary standards in practicing what it preaches. Right from IB PYP (Primary Years Programme) waste management and curtailing the plastic menace is part of the curriculum; the school also has an excellent waste management and waste disposal policy. With reuse and recycling as their mantra, the school boasts of having a 60 acre green campus with effluent and sewerage treatment plant, on-site waste collection and recycling for reuse in Organic Waste Composting and generates its own power by utilizing renewable solar energy resources and teaches its students the importance of sustainable energy practices and waste/plastic menace. In addition, with over 50 variety of fruit trees and organic gardening initiatives, SNIS sees a variety of bird species within the campus. In addition, students as young as kindergarteners have installed several bird feeders with water and grains for the birds to enjoy.

World Migratory Bird Day not only reminds us of the amazing journeys these small travellers make every year. It also points out the fact that their continued migrations are an important indicator of the health of our planet. Let us stop using plastic and stop the growing cancer.