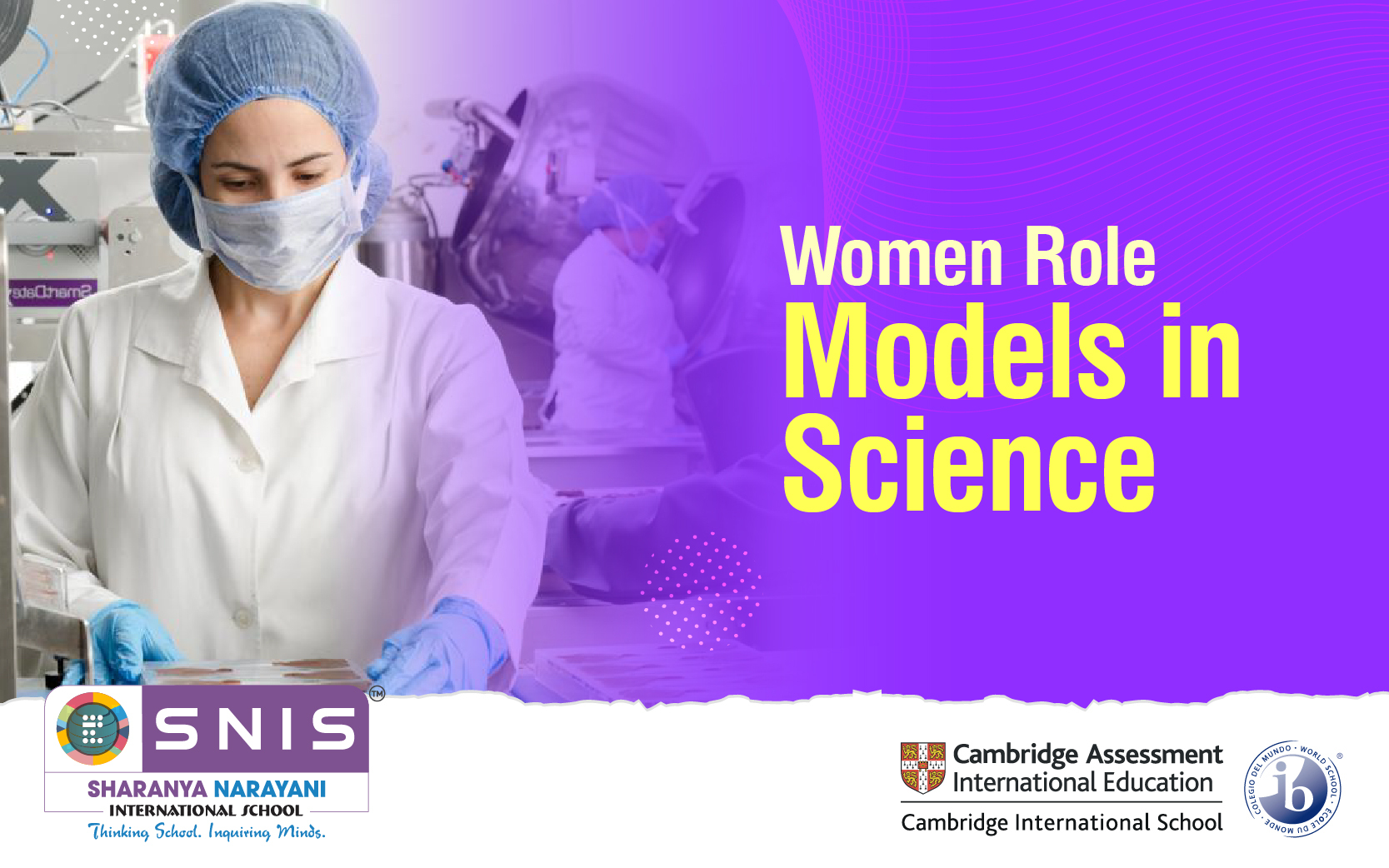 Posted at 19:33h in Uncategorized by SNISAdmin 0 Comments
0 Likes

“Children are great imitators, so give them something great to imitate.” Anonymous

According to the United Nation, only 35 percent of students in Science, Technology, Engineering and Mathematics (STEM) related fields and 30 percent of researchers are women across the globe.

An in-depth research conducted by reputed research groups concluded that there are many social and environmental barriers including gender discrimination, clichés and the environment and ethos of science and engineering departments in colleges and universities that continue to obstruct women from making significant headway in fields of STEM.

In 2010, more than half a million people from around the world took the gender-science related test to determine the generic mind-set of people, and more than 70 percent of test takers more readily associated “male” with science and “female” with arts. These findings indicate a strong inbuilt interrelation of men with science and women with arts and a high level of gender stereotyping subconsciously among both women and men all over the world irrespective of race and ethnicity. Women in STEM fields still face significant implicit bias on the basis of their gender.

And yet, despite the mind-sets, gender bias and road blocks women in science continue to face, they have radically and fundamentally transformed our world, broken new ground in research and forged innovation the world over, from Katherine Johnson, whose calculations helped to put man on the moon, to Françoise Barré-Sinoussi, who discovered HIV, Marie Curie, our very own E.K Janaki Ammal to Kalpana Chawla, all stand tall as role models breaking stereotypes to inspire the next generation.

February 11th 2020 was celebrated as International Day of Women and Girls in Science, a befitting time to pay tribute and highlight the contributions of women in science — and to inspire our girls to break clichés.

Marie Curie – The ultimate role model in the world of science. In 1903 Marie Curie, the famous physicist and chemist, was the first woman to receive the Nobel Prize, for her monumental research on radioactivity, resulting in the discovery of radium and polonium. In 1911, she won it again for her continued investigation of the elements’ properties, making her the first person and only woman to win the prize twice.

Donna Strickland –Donna Strickland became the third female recipient of a Nobel Prize in Physics in its 118-year history. Strickland discovered a way to make high-intensity laser pulses, which led to the techniques now used in corrective eye surgery and medical imaging.

Janaki Ammal Edavalath Kakkat (4 November 1897 – 7 February 1984) was an Indian botanist who conducted scientific research in cytogenetics and phytogeography. Her most notable work involves those on eggplant and sugarcane. Janaki is mentioned among Indian Americans of the Century in an India Currents magazine article published on 1st January 2000, “In an age when most women didn’t make it past high school, would it be possible for an Indian woman to obtain a PhD at one of America’s finest public universities and also make seminal contributions to her field?” Janaki Ammal was arguably the first woman to obtain a PhD in botany in the U.S. (1931), and remains one of the few Asian women to be conferred a DSc (honoris causa) by the University of Michigan.

Mae Jemison – Mae Jemison became the first woman of the African race to travel in space. Before her time at NASA in 1992, she was a doctor for the Peace Corps. For her pioneering career, Jemison has been inducted into the National Women’s Hall of Fame, as well as the National Medical Association Hall of Fame.

Sunetra Gupta – was a novelist and a professor of Theoretical Epidemiology at Oxford University, Sunetra is famous for studying infectious agents that cause diseases such as influenza and malaria, among others. She has been honoured by the Zoological Society of London with the Scientific Medal, and has also received the Royal Society Rosalind Franklin Award for her contribution to science.

Kamala Sohonie (14 September 1912 – 28 June 1998) was a pioneering Indian biochemist. In1939 she became the first Indian woman to receive a PhD in a scientific discipline. Her acceptance into and work at the Indian Institute of Science, Bangalore, paved the way for women to be accepted into the institution for the first time in it its history.

Her research delved into the effects of vitamins and into the nutritive values of pulses, paddy, and groups of food items consumed by some of the poorest sections of the Indian population. Kamala Sohonie received the Rashtrapati Award for this work

Kalpana Chawla– Indian-born American astronaut (born July 1, 1961—died Feb. 1, 2003), was a mission specialist on the space shuttle Columbia. Chawla was the first woman to study aeronautical engineering at Punjab Engineering College; she continued her education at the University of Texas at Arlington and the University of Colorado at Boulder, where she earned a doctorate in aeronautical engineering (1988). She first flew on the Columbia in 1997 as a mission specialist and primary robotic arm operator.  In 2003, Chawla was one of the seven crew members who died in the Space Shuttle Columbia disaster when the spacecraft disintegrated during its re-entry into the Earth’s atmosphere. Chawla was posthumously awarded the Congressional Space Medal of Honour, and several streets, universities and institutions have been named in her honour.

Audrey Azoulay, director general of UNESCO, said in a statement about the United Nations’ commemorative day, “If we are to be able to address the enormous challenges of the 21st century – from climate change to technological disruption – we will need to rely on science and the mobilization of all our resources, on the International Day of Women and Girls in Science 2020, UNESCO is calling on the international community, states, and individuals to work together so that equality in the sciences and other fields can finally become a reality. Humanity has everything to gain — and so does science.”

So how do we do this? Spread the word about girls’ and women’s achievements in math and science. Teach girls that intellectual skills, including spatial skills, are acquired. Teach students about stereotype threat and promote a growth-mind-set environment. Help girls recognize their career-relevant skills. Keep biases in mind and take steps to correct them. Raise awareness about bias against women in STEM fields.

“One of the best ways to elevate your character is to emulate worthy role models.”

A.P.J Abdul Kalam once said that education and educationists should build the capacities to foster a spirit of inquiry, creativity, entrepreneurial and moral leadership among students. It should inspire and motivate children to be the best version of oneself.

Studies of learning in children show that through a process known as vicarious reinforcement, we start to model the behaviour of individuals whose actions seem to be getting rewarded. For many a young minds of Grade 2, scientists like Sunitha Williams and Kalpana Chawla inspired and stirred many new hopes and aspirations. They saw in them strong, powerful women who broke stereotypes and barricades. They have hopefully inspired our young girls to chase their dreams no matter how impossible it may seem!