Understanding Culture and its Diversity in Building Relationships 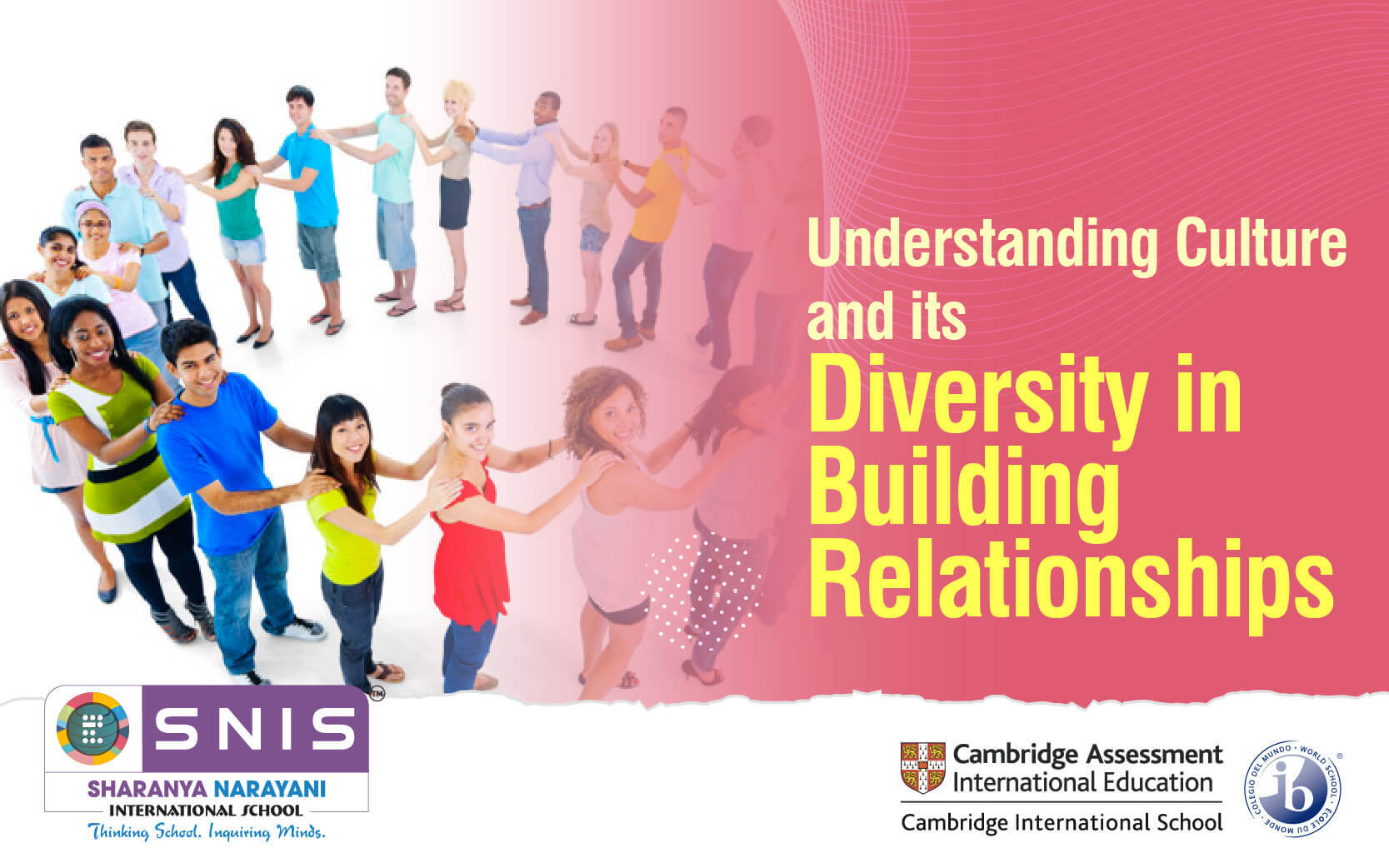 22 May Understanding Culture and its Diversity in Building Relationships

Nobody has truly and comprehensively been able to define ‘culture’. Loosely explained, “Culture” can be termed as a group or a community of people who share common experiences that shape the way they understand the world and interact with it. It may include groups that we are born into, such as national origin, race, gender, religion or even class. It may also be a group we join or become part of. For example, it is possible to acquire a new culture by moving to a new country or region or by a change in our economic status. When we think of culture this broadly, we realize we all belong to many cultures all at once; many cultures are embedded in us even without our knowledge.

Irrespective of where we live, we are in constant touch with people, and people means varied cultures. Culture is a strong part of our lives. It influences our perspectives, our value system, our hopes, our loyalties, our worries and fears and even our sense of humour. As much as we come from varied backgrounds, we are all human beings and we have similar basic characteristics, happiness, sorrow, fear, ambition and pain all form part of man’s basic nature.

At the same time, we can’t pretend our cultures and differences don’t matter, and we can’t pretend that discrimination doesn’t exist. The world is becoming increasingly diverse and includes people of many religions, languages, economic groups, and other cultural groups.

It is important that in order to build communities that are successful at resolving problems and build a harmonious world, we need to understand and appreciate many cultures, establish relationships with people from cultures other than our own, and build strong connections with different cultural groups. And to achieve this, we need to start at the grass root level, with our children.

At Sharanya Narayani International School (SNIS), one of Bangalore’s leading residential international schools, the students of Grade 2 inquired into a very interesting concept – they attempted to find out how our culture, beliefs and values are connected to our identity and community. In the month long inquiry, the students first tried to grasp the meaning of beliefs, values and culture. A big task for 7 -8 year olds, but it was an interesting process, completely simplified to their age level. The students understood the basics of what comprises a ‘culture’. They started with something familiar, India and its culture. Everything from languages, clothes, food, art forms to habitat make up external culture.

Then they explored how each of their houses, the practices, food, languages, the clothes they wear, customs etc. though similar are very different. At a deeper level, the students also discovered that culture is much deeper than external appearances like clothes, language, food etc. The mind set, perspectives, viewpoints differ from each household which influences our value system and beliefs.

This led to a discussion on superstitious beliefs in our houses, practices which have no scientific basis yet practiced over generations. The students discussed this with their parents and grandparents trying to understand the reasoning behind the practices. Some of which, the students discovered, had some logic to it where as some were illogical and meaningless. This led them to understand that beliefs may be correct or wrong, but values are what a person is made of, an inner moral sense or code.

The students then went on and explored different cultures around the world. They learnt about the mysterious Chinese culture, where they learnt about their food, clothing, religion, the Great Wall of China, their government, their zodiac signs, the importance of colour red, the Chinese dragon and its importance, their superstitious beliefs and so on. The flamboyant Spanish culture taught them all about the world famous Tomatina festival, their lively music and energetic Flamenco dance, the Spanish and their love for afternoon siestas and bull fights and the famous Madrid’s bullring, their love for football and their delicious cuisine with their churros, tapas and paellas. They also learnt about the vast Middle East and their growing culture. What makes them click, their mind set, their love for luxury, their food, dressing style, how much religion affects their culture and lifestyles etc. The students also learnt about the less known Guinea culture, an African country in West Africa. They were lucky to get a native Guinean who came in for a guest lecture.

As the unit progressed, the students were exposed to many varied cultures and understood what makes the people of each culture behave in a certain way. Their customs, traditions, their beliefs and values taught the young students of Grade 2 the value of understanding diversity, being open minded, empathetic and accepting of different cultures.

Mahatma Gandhi, once famously said, “No culture can live if it attempts to be exclusive” Ultimately, the students learnt about what diversity is and why it is important. Each of us and our children can build the kind of community we dream of. In our families, organizations, institutions, and neighborhoods, we need not remain isolated from those who are different from ourselves. We can transform our neighborhoods, institutions, and governments into equitable, non-oppressive, and diverse communities, tolerant and harmonious.

‘Preservation of one’s own culture does not require contempt or disrespect for other cultures.’