The True Essence of a Woman

19 Mar The True Essence of a Woman 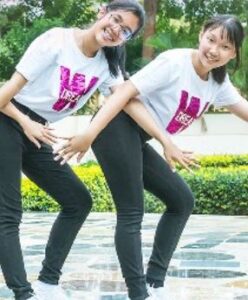 At some point of time in life we have all heard the saying “Beauty is only skin deep”. If we reflect on this old saying, we would realise how narrow a definition beauty holds according to this quote. The old dictionaries around the world have given beauty a very distorted and skewed meaning. Beauty defined aptly would be “the quality present in a thing or person that gives intense pleasure or deep satisfaction to the mind, whether arising from sensory manifestations, a meaningful design or pattern, or something else (as a personality in which high spiritual qualities are manifest)” Based on this definition we can safely say that “Beauty is definitely NOT skin deep”.

One cannot deny the beauty around us, the world around us shouts of incredible beauty. The way snow creates a silhouette of lace on a barren tree, the rays of sun streaming through paper thin clouds, the sound of a brook trickling over smooth pebbles, the face of a sleeping child, all speak of astounding beauty if we have but the eyes to see. Beauty may be the most powerful thing on earth. Beauty is transcendent. And beauty is often synonymous with women.

And often, like beauty, women are stereotyped. A few spasmodic articles from off-kilter perspectives discussing stereotypes, hormones, psyche or anatomy in printed text or social media cannot define the essence of such powerful, intricate and multifaceted group of people, because the essence of a woman is beyond just being the ‘other’ gender.

Amitabh Bachchan once accurately said, “Because you are women, people will force their thinking on you, their boundaries on you. Don’t live in the shadows of people’s judgement. Make your own choices in the light of your own wisdom.”

So what truly is the essence of a woman? To fully understand what today’s women are made of, one needs to pause and take a look back, history reflects the long unwinding path women have trudged through time.

The fundamental human rights are rights inherent to all human beings on the planet. Human rights include the right to life and liberty, freedom from slavery and torture, freedom of opinion and expression, the right to work and education, to own property; to vote; and to earn a fair and equal wage. Though reading these sounds basic and fundamental to us in today’s context, it was not so even a mere 100 years ago. Women through history had to fight their way through every basic right we take for granted today. Prejudices, the legal framework and the societal attitude erected un-scalable impediments to women. Not just in the Indian context, women from developed countries like U.S.A and England faced severe discrimination. Up until 1918, women still did not have the right to vote, not allowed to work in the legal profession and civil service, inheriting and bequeathing property on the same terms as men, claiming equal pay for doing the same work as men. Women were unable to serve on a jury or as a magistrate until the Sex Disqualification Act 1919 was passed. Women were not granted permission to open a bank account or apply for a loan. Working women were also refused mortgages in their own right in the Seventies, unless they could secure the signature of a male guarantor. In fact, 100 years ago women were not considered a ‘person’ in the eyes of the law. Until 1958, women were not allowed to sit in the House of Lords; women were allowed to work in the London Stock Exchange only in 1973. Only after 1976, women could report a crime of abuse against their spouse.

Women have, of course, come a long way since; there is a famous quote which sums it up “behind every successful woman, there is a tribe of other successful women who had their backs”. Every time women come together with a collective intention, it’s a powerful thing. Whether it’s sitting down making a quilt, in a kitchen preparing a meal or starting a revolution fighting for rights, when women come together with a collective intention, magic happens.

The intrinsic nature of a woman today is a synergistic essence of the innumerable women before and around. A woman is tough, sui generis, solicitous, humanitarian, ever loving, enduring, a symbol of love, strength and beauty, the essence of a woman is indescribable, indefinable.

“There are two powers in the world; one is the sword and the other is the pen. There is a great competition and rivalry between the two. There is a third power stronger than both, that of the women” – Muhammad Ali Jinnah

Women have seen an era gone by where women have struggled, been abused, trampled upon, ignored, fought, dreamt, achieved, revolutionized, built, flourished, blossomed and soared. They have sown the seeds of progress. They are the springboard on whom the next generation can be inspired to be launched to achieve greater heights.

Our children, our daughters are tomorrow’s women, we need to educate and inspire not just our girls but our boys as well to create a world where they become women with vision and substance with uncompromising value system which empowers them to cultivate unshakable self-worth and self belief.

Our education system should realise that “gender equality is a human fight, not a female fight.” In schools we need to educate our children at an early stage to respect one another as individuals and question the traditional roles they’re assigned as boys or girls. Educators are uniquely positioned to show students they have a choice when it comes to forming their own identity, and to highlight the many illusions and traps society has laid before them that prevent equal opportunity in their personal and professional lives. It’s time to give gender equality the place it deserves in our curricula, from the fine arts to sciences and from kindergarten to secondary school and beyond.

In Sharanya Narayani International School, Bangalore’s leading IB residential/boarding School, the students are educated in an environment where teachers are conscious in avoiding conformation to gender norms, in other words, the teachers deliberately disassociate character traits from gender. Avoiding stereotypical terminology, viewing a student as an individual with complex personality traits, rather than a ‘boy’ or ‘girl’ is important. SNIS is conscious of the teaching content and teachers choose teaching material free from gender stereotypes. At SNIS, all opportunities are equal and not gender biased, the student council is chosen purely on the basis of competence and ability irrespective of the gender. And most importantly, Sharanya Narayani International School, an IB World School, empowers and instils enough confidence in its students to ‘speak up, to stand up for what it right and just, even if it means standing alone’.

“We are braver and wiser because they existed, those strong women and strong men… We are who we are because they were who they were. It’s wise to know where you come from, who called your name.” said Maya Angelou. The essence of a woman is realising her full potential and living it, and our education system, society and every human being should strive for just that.