Stitching the Ozone, are we too late? 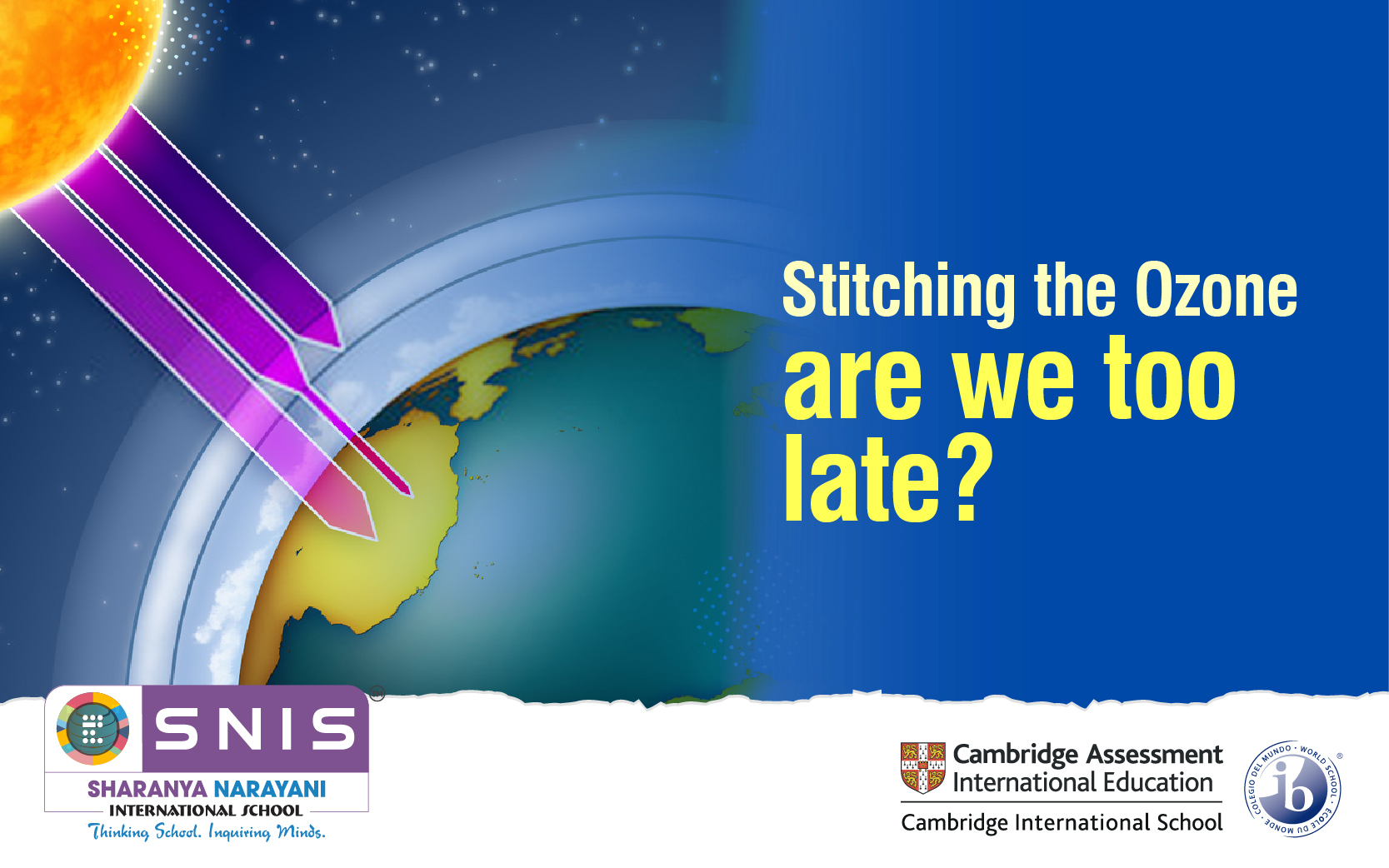 28 Sep Stitching the Ozone, are we too late?

Posted at 07:50h in Uncategorized by SNISAdmin 0 Comments
0 Likes

Stratospheric ozone is a naturally occurring gas that channels the sun’s ultra violet radiation is a portion of the electromagnetic spectrum with wavelengths shorter than visible light. The sun produces UV rays, which regularly part into three groups: UVA, UVB, and UVC. UVA isn’t consumed by ozone. UVB is for the most part consumed by ozone, albeit a few reaches the Earth. UVC is totally consumed by ozone and oxygen. A decreased ozone layer enables more UV radiation to reach the Earth’s surface. For individuals, overexposure to UV beams can prompt skin disease, cataracts, and weakened immune systems. Increased UV can also lead to reduced crop yield and disruptions in the marine food chain

Ozone-depleting substances (ODS) contribute to stratospheric ozone depletion. ODS incorporate chlorofluorocarbons (CFCs), hydro chlorofluorocarbons (HCFCs), halons, methyl bromide, carbon tetrachloride, hydro bromofluoro carbons, chloro bromomethane, and methyl chloroform. ODS are generally very stable in the troposphere and only degrade under intense ultraviolet light in the stratosphere. When they break down, they release chlorine or bromine atoms, which then deplete. They were introduced as alternatives to ozone depleting substances in serving many industrial, commercial, and personal needs. HCFCs are emitted as by-products of industrial processes and are also used in manufacturing. They do not significantly deplete the stratospheric ozone layer, but they are powerful greenhouse gases with global warming potentials, once used widely in refrigerants, insulating foams, solvents, and other applications. These substances all discharge chlorine particles into the stratosphere. A solitary chlorine particle can break in excess of 100,000 ozone atoms.

Different synthetic concoctions that harm the ozone layer are methyl bromide (utilized as a pesticide), halons, otherwise called bromofluorocarbons, that contain bromine, fluorine, and carbon. They are commonly utilized as fire extinguishers. Bromine is commonly more viable at wrecking stratospheric ozone than chlorine. However, the atmospheric levels of nearly all of these substances have declined substantially in the past two decades

One case of ozone exhaustion is the yearly ozone “gap” over Antarctica that has happened during the Antarctic spring since the mid-1980s. This isn’t generally a gap through the ozone layer, yet rather an enormous territory of the stratosphere with amazingly low measures of ozone. It is important to understand that ozone depletion is not limited to the area over the South Pole. Research has shown that ozone depletion occurs over the latitudes that include North America, Europe, Asia, and much of Africa, Australia, and South America

ODSs and huge numbers of their non-ozone draining substitutes are intense ozone depleting substances that add to environmental change. Some ODSs and ODS substitutes have a worldwide temperature alteration possibility that are a few thousand times more prominent than that of carbon dioxide. Recently, ODS alternatives that have lower global warming potentials have become available.

Despite the fact that the facts confirm that volcanoes and seas discharge a lot of chlorine, the chlorine from these sources is effectively broken down in water and washes out of the environment during rains. Interestingly, CFCs don’t separate in the lower air or break up in water. In spite of the fact that they are heavier than air, they are eventually carried into the stratosphere. Scientists use balloons, aircraft, and satellites to measure the composition of the stratosphere. These measurements show a noticeable increase in stratospheric chlorine since 1985. The timing of this increase corresponds with the increase in emissions of CFCs and other ODS caused by human activities

The ozone layer is relied upon to come back to ordinary levels by around 2050. In any case, it is significant that the world consent to the Montreal Protocol; delays in ending production and use of ozone-depleting substances could cause additional damage to the ozone layer and prolong its recovery. As global citizens, we need to understand how critical the next 30 years is going to be. Today’s students and children will be adults during this period. It is imperative that they make wise choices. Schools need to educate and enlighten students to be aware of the danger we are in.

In Sharanya Narayani International School (SNIS), a leading Residential/Boarding IB world school in Bangalore, children are exposed to, even at a the PYP (Primary years Program) level to understand the critical time period we are in. Learning about the environment, in science and the Transdisciplinary theme ‘Sharing the Planet’ enlightens them and makes them environmentally conscience. Grade 2 students are already aware of Ozone depletion, its causes and ways to stitch it. They take action by educating their parents back home and making them conscience of while purchasing Air Conditioners, Refrigerators and vehicles. In a presentation they boldly quipped that mankind will disappear if the Ozone disappears within 3 months, a scary scene really, but absolutely true!