Girl Child, can we imagine a world without them? 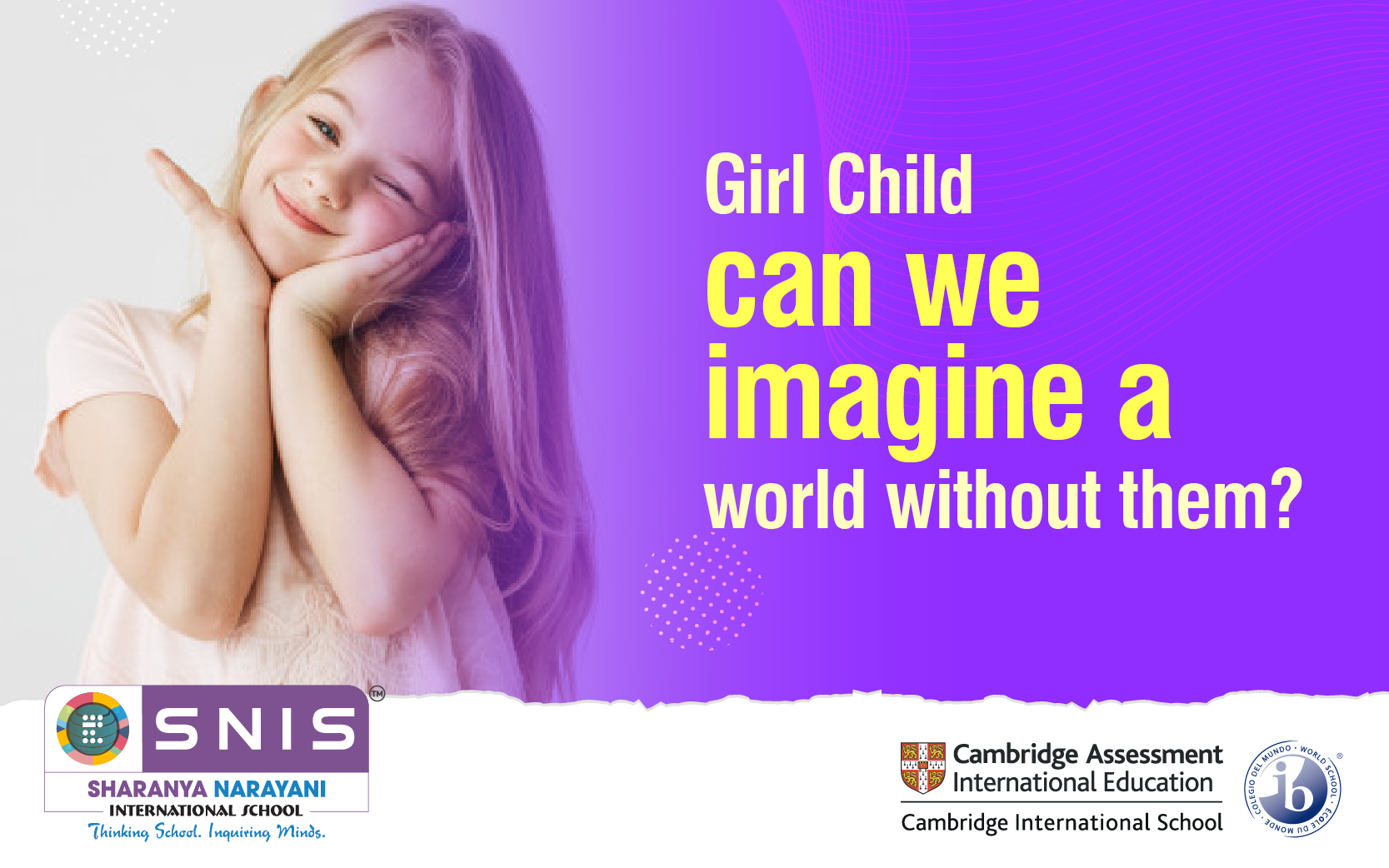 22 Nov Girl Child, can we imagine a world without them?

Posted at 04:19h in Uncategorized by SNISAdmin 0 Comments
0 Likes

“The beauty of a girl cannot be mimicked, fabricated or created by human means, it only occurs naturally.”  – Pam Callaghan

Even if one could hypothetically/ technically say yes to this question, most of us will agree when we say it would not be a pleasant world to live in. Would we find a world without a mother’s care fulfilling? Would we feel safe knowing that the world would be run by aggressive and egomaniacal males unaware and least bothered about keeping the sanity of humanity from tipping off the brink? How would we feel without having a person of the opposite gender to discuss your feelings, situations and problems? Such questions when imposed upon us forces us to think critically as to why women and girls are so important or I daresay un-compromise-able for the safe and sound functioning of this beautiful and diverse world. Could one imagine getting up early in the morning, getting ready for the day, whiling the day away and coming back home to no one but males? Men would go crazy! Accept it or not we require a female’s presence in our lives, be it our mother, a wife or a girlfriend. If men were to run the world, then there would be several incidents related to a quick loss of temper or repeated infliction of physical force on children. The world would lose a very important perspective. The female perspective is usually; conforming to slight prejudice, calm natured and always tries to avoid conflict wherever and whenever possible. There would be more rash decisions. More directly looked at, children would not receive a proper diet due to unavailability of mother’s milk during childhood, and the incapability of the majority of the men to provide safe and nutritious food for growing kids.

Yet, the majority of men do not respect and value their fellow opposite gender. They instead exploit them while thinking of them as inferior beings, and have reduced them to mere objects of entertainment with rape, physical abuse and treating them in an extremely prejudiced and patriarchal manner. Unfortunately, this problem has not just evolved in today’s world, it has been practised for a very long time in our world irrespective of our communities, religions or even countries. Our myths also have revolved around the theory that women are the root of every problem. In Greek mythology, Aphrodite the goddess of love had been blamed for the famous war between the Greeks and their invasion on the city of Troy. In the Bible, the holy book of Christians, ‘Eve’ the partner of ‘Adam’ is the one accused of convincing Adam to eat the apple of the forbidden tree in the garden of Eden causing them to fall off and become the first humans. Even in Indian mythology both our epics Mahabharata and Ramayana, the wives of the protagonists Draupadi and Sita respectively are seen as the cause for the wars which caused devastating losses. This culture of blaming women has seeped into our present world and even today females are blamed for many reasons like road accidents and children becoming too dependent on parents.

We, at Sharanya Narayani International School (SNIS), a leading IB world boarding /residential school near Bangalore, strongly believe that the female gender is not to be looked down upon by males and must not to be taken for granted. They must instead be respected and treated without any prejudice. Our aim of writing this article is not to just keep people informed but also to encourage everyone to take small but impactful steps towards improving the status of women in our society, for without women there is no society.